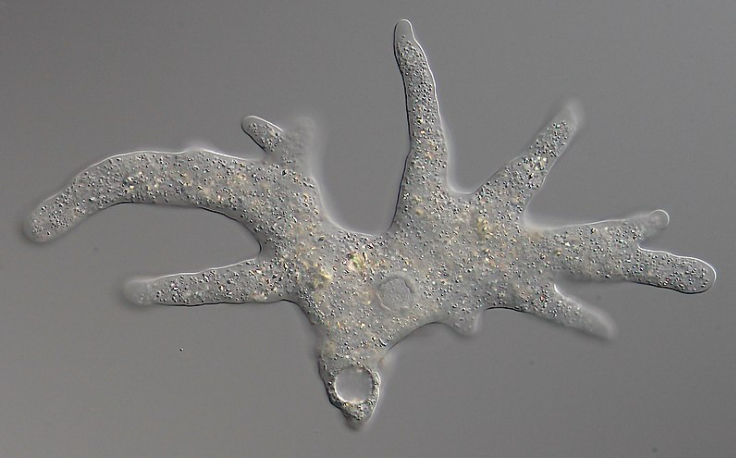 Get into the Halloween mindset with two atmospheric and unnerving poems. The first digging into one of the worst nightmares we film buffs can image, the latter showcasing a possibly film that is not likely to make it to a midnight horror fest near you.

I couldn’t watch the movie,
the Hungarian was so badly dubbed.
So what if the only Hungarian I know
is Frig hangsor, “Phrygian mode”?
I still know bad dubbing when I see it.
How do I know if the subtitle writers
were listening or lip-reading or just
making it up?

Meanwhile in a lonely castle
in the Transylvanian mountains
a door creaks. The hero
screws up his courage to look inside
and shrieks— “It’s a friggin’ hamster!”

Not coming to a midnight horrorfest near you

The amoebat
is a eukaryotic proto- or pre-bat.
From its home in water which drips from the roofs of caves
it sends reverberating waves
which are not technically a radio broadcast;
it’s more precise to call them a pseudopodcast.

When an amoebat echolocates a cloud of no-see-ums
it warbles supersonic Te Deums
and off it flits on a search-and-engulf mission,
a journey it spends dividing and redividing by fission
until each and every no-see-um
can requiesce in its very own amoebat mausoleum.