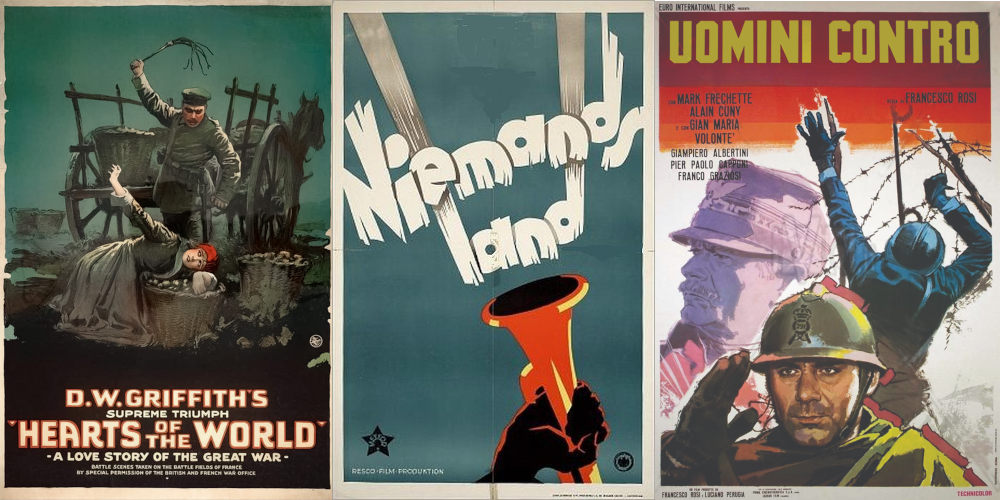 2014-18 marked the centennial of World War I. (My oldest uncle had been a stoker on a troop ship.) I had never understood what that war was about (and still don’t, I guess – family feud between Queen Victoria’s descendants plus the fall of the Ottoman Empire?).

In 2014 I set out to educate myself by watching all the WWI movies I could find. I looked for movies made during different eras, from as many different points of view as possible. This was the result. 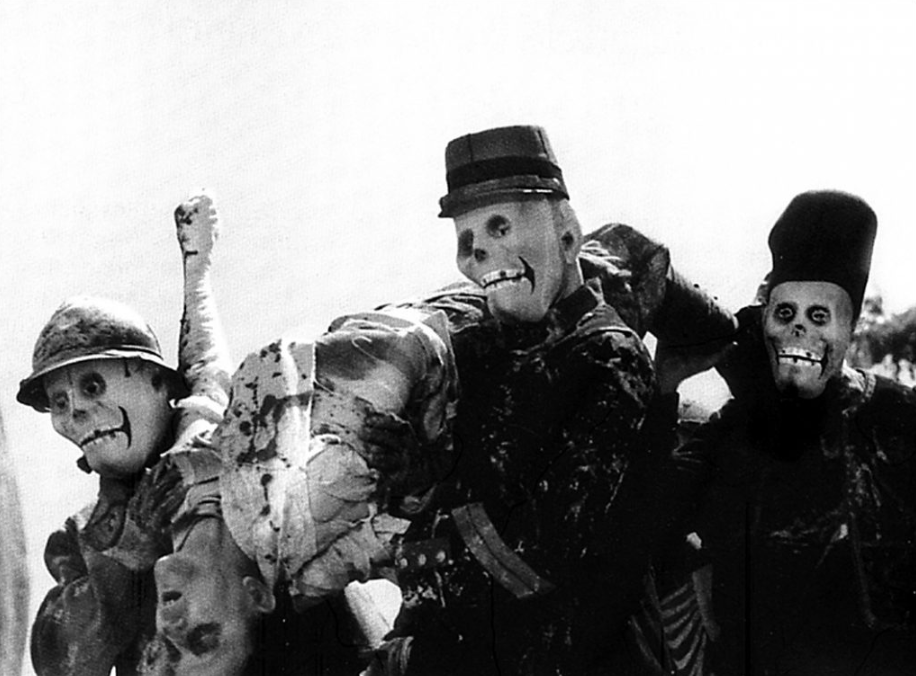 Hearts of the World (Griffiths) was set in a French village. The only reason I can see for making the principal characters resident Americans was to serve the propaganda at the end about the US getting into the war. I knew very little about Lloyd George, and this film (thought lost until quite recently) was an iconographic biopic – a mixed bag, long, but interesting. Ikarus was largely a spy story; I was glad to be able to include something from the German side. La paura degli aeromobili nemici was a find: a slapstick short quite unlike American stuff of the period. The other two shorts are included on the Flicker Alley DVD of J’Accuse! (1919). Seeing the latter again made me want to watch the 1938 version.

Meanwhile, neutral Denmark produced such antiwar films as Ned med Vaabnene (1914). In Verdens undergang (1916, remade as La fin du monde by Abel Gance in 1931), an approaching comet stands in for the war.

I tried hard to find one from the Japanese point of view. Japan was an ally during WWI (which confused us cousins mightily during WW II when the Japanese national anthem showed up on Grandpa’s 1917 player piano roll, National anthems of the Allies. When it started we’d lie on the floor and make faces.) I finally found The Secret Game (US 1917), about a patriotic Japanese-American who foils a plot to tell the enemy about US plans involving the Navy in the Pacific. 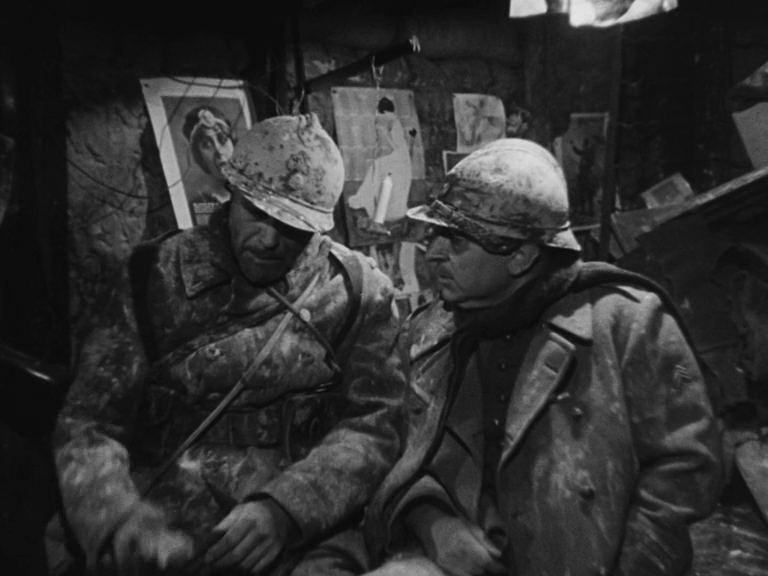 Kämpfende Gewalten and Gance’s second J’accuse! have in common a man whose attempt to invent the ultimate deterrent leads instead to an arms race. I found the first one ridiculously clumsy. Gance’s pre-WW II update of his 1919 film (with the stunning scene where the dead soldiers rise from their graves) left me wishing for a better restoration. Significantly, the “enemy” is never identified. Both of these, along with Niemansland, reflect the hope that – and doubt whether — WWI really was “the war to end wars.”

Four Sons is a John Ford film which focuses mostly on a sympathetic (nay, sentimental) view of the domestic front from the German side. Mata Hari is a spy story a la Garbo.

Niemansland was my favorite – 5 soldiers of 5 different ethnicities wind up in some sort of dugout and help each other. 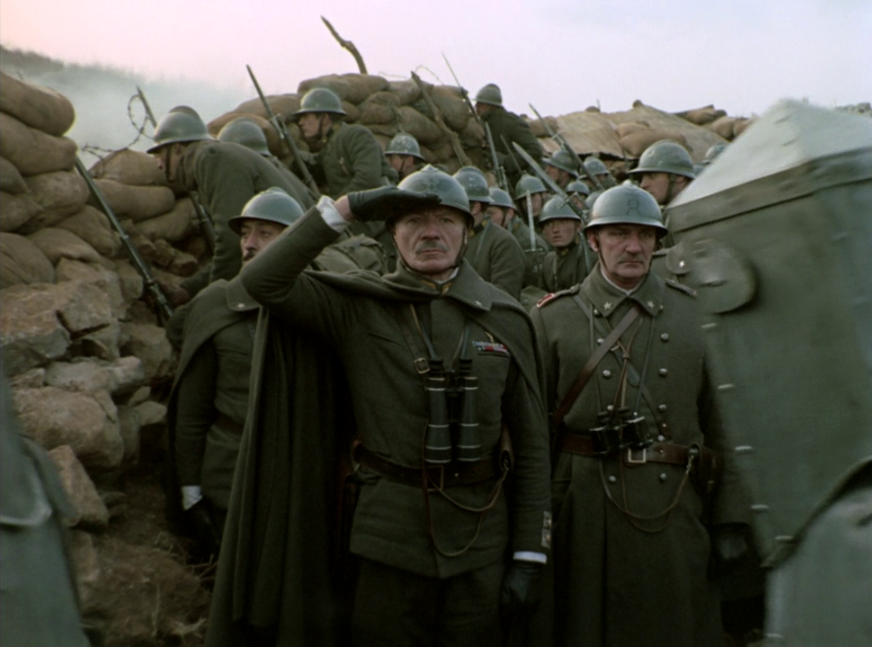 The Day That Shook the World dramatizes the progress of the plot to assassinate Archduke Ferdinand, and is dedicated to the plotters.

The Blue Max is a British movie told from a German viewpoint. Class is supposed to be a big issue, but George Peppard didn’t come across as particularly nekulturnyi, beyond being obviously American and not exactly sporting, old boy.

I read Johnny got his gun ca 1960 and had avoided watching the film until now – was not eager to revisit it and couldn’t imagine how it could be made into a movie; well, Trumbo’s adaptation was brilliant.

Uomini Contro (which apparently translates as “against humans”) is another little-seen viewpoint, that of the Italians. Maybe it was the language, but it grabbed me as the blackest of black comedies, utterly deadpan, depicting the senselessness of [the] war.

King and Country is a court martial drama by Joseph Losey. Two things that stood out for me were the cuts to our protagonist’s buddies holding a concurrent mock trial using a rat as defendant, and Larry Adler’s magnificent harmonica score (though most of the film had no music).

I found them all well worth watching; Uomini Contro was the big surprise. The antiwar stance of the last three would seem to reflect the turmoil around the war in Vietnam.

Both American directors (Trumbo and Losey) had been blacklisted. 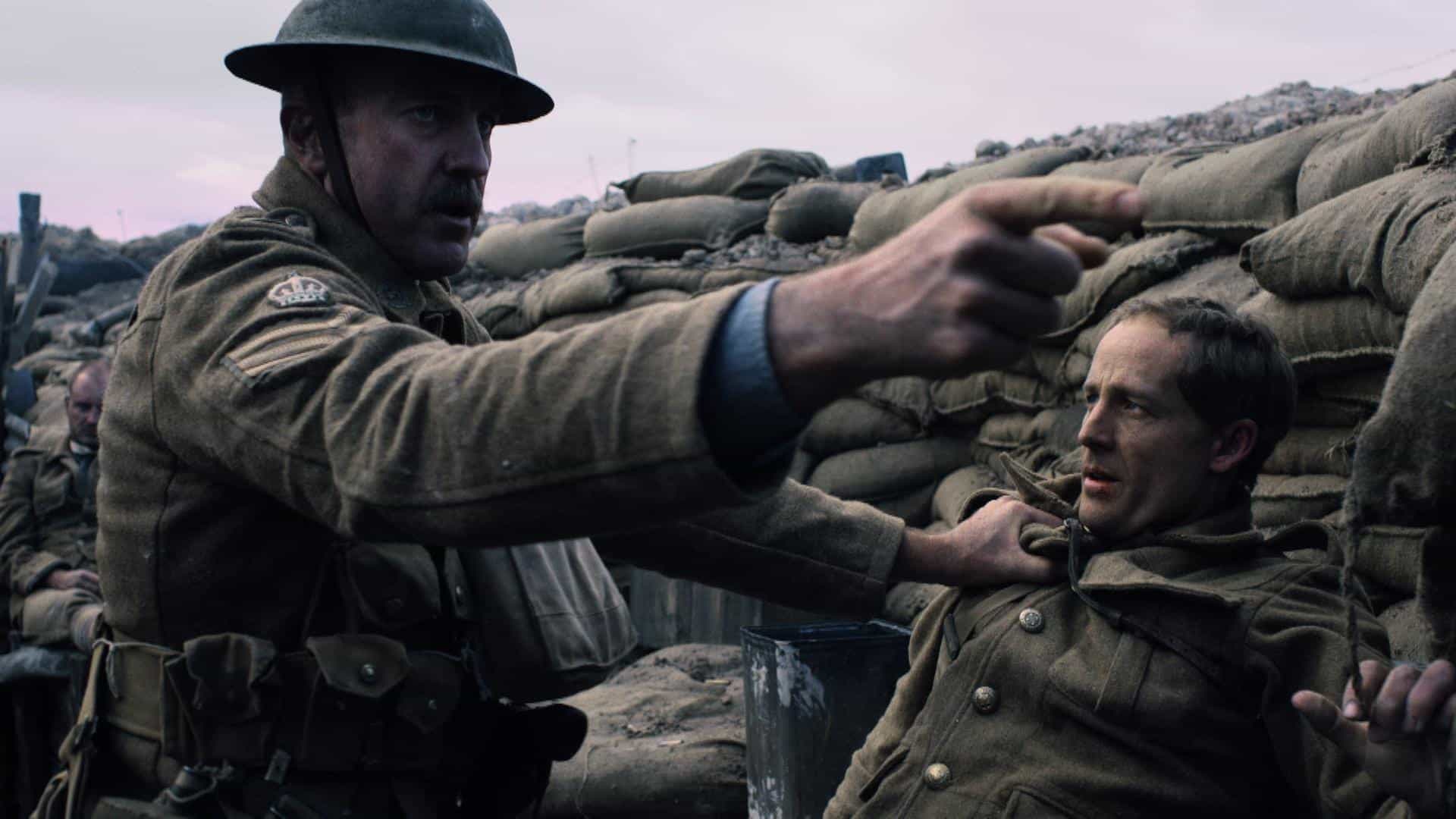 An absorbing and illuminating look back from a century later.

Testament of Youth is based on the autobiography of British pacifist Vera Brittain, describing her coming of age during WW I.

Great War Diaries is an 8-episode overview of the war using excerpts from diaries of civilians from many countries on both sides, linked by narration and archival footage. I had not known that two things that hastened the end of the war were refusal by junior officers to obey orders to sortie and a strike by British women munitions workers.

The heroine of La France disguises herself as a man to search for her soldier boyfriend and joins a group of soldiers in this quasi-musical.

The Wipers Times is about an actual satirical newspaper published by soldiers on an salvaged printing press. Very funny.

Field Punishment No. 1 is based a true story about a group of New Zealand COs who, shipped to Europe against their will, resolutely deny being soldiers – absolutely the best movie about conscientious objection I’ve ever seen.

In conclusion, I’d like to thank Brokenface for starting the Five of a Kind Challenge, which got me going on this. It’s a kind of “Choose your own adventure” in which you think up a goldilocks subject (not too broad, not too narrow) and find five movies that fit. It’s my favorite unofficial challenge ever, and it pushed my watching in many unexpected directions.